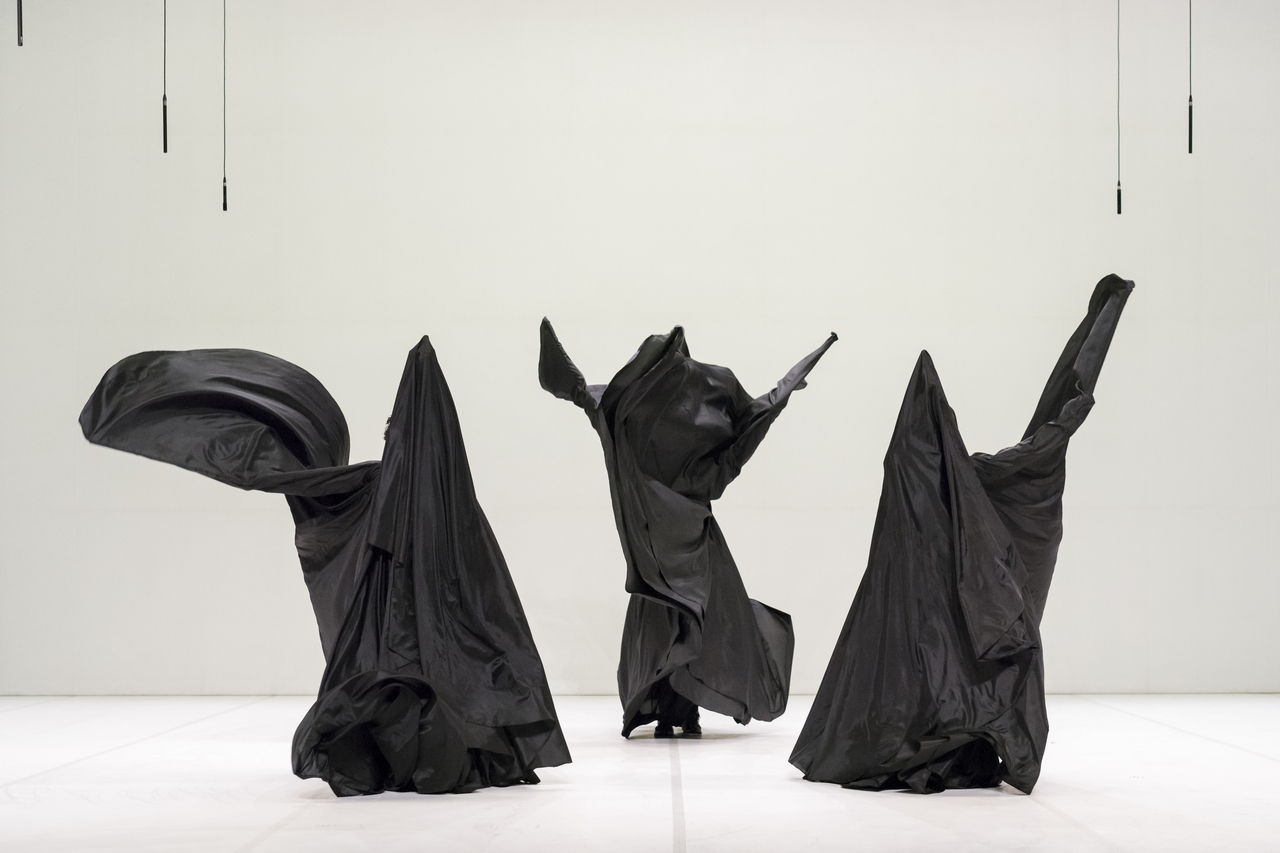 In this work for three dancers, Ola Maciejewska draws inspiration from Loïe Fuller’s signature invention, the Serpentine Dance. She brings the iconic legend face to face with her paradoxes and intangible character. The title, Bombyx Mori refers to the silkworm, which has become entirely dependent on humans for its survival. Dance, archives and artifice are interwoven in this performance, engendering a metaphor for the hybrid nature of things.

A trailblazing dancer who defied characterization, Loïe Fuller was a performing artist before the term even came into being. A controversial figure in Western dance, she merged dance with special effects to capture the movement of fire, water and other natural elements, hiding her body under vast sweeps of silk. As the first person to use electric lights on stage and to explore movement outside the human body, she was a force for innovation in the world of theatre and dance. She collaborated with such pre-eminent figures as Auguste Rodin, the Lumière brothers, Henri Sauvage and Marie Skłodowska-Curie.

Acknowledgments to Thomas Laigle for helping to conceive the original sound and light arrangements.

With support from the Hermès Foundation within the framework of the programme New Settings.

With thanks to ICK Amsterdam, Judith Schoneveld, Nienke Scholts.

Carola Caggiano together with the dancers

Project „Opole Dance Scene” co-financed by the Ministry of Culture and National Heritage from the Culture Promotion Fund as part of the “Dance” program, implemented by the National Institute of Music and Dance and the budget of the Opolskie Voivodeship.