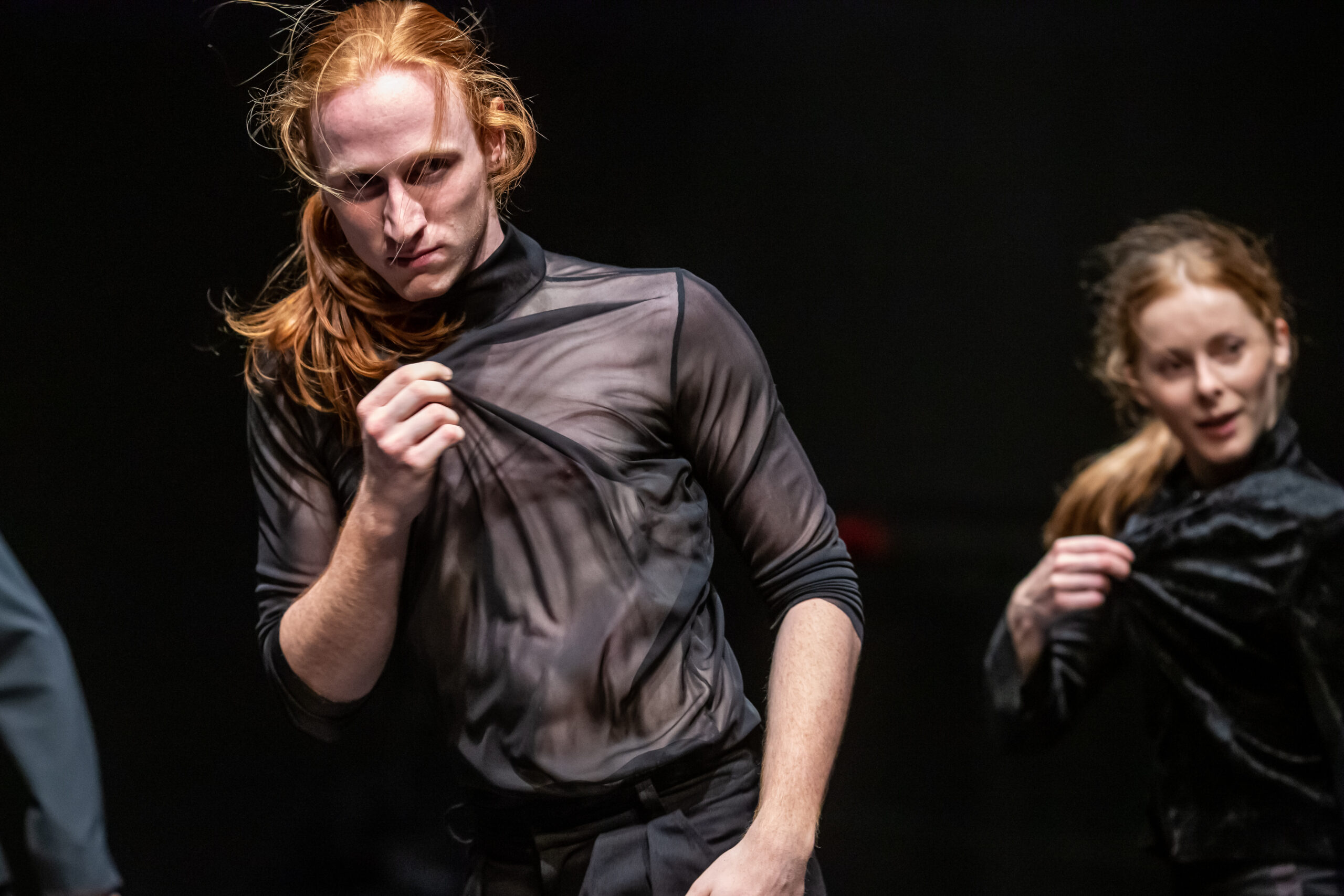 Sticky Fingers Club is a performance about failing, where the characters are the background. Notoriously on the fourth place, competing with the unrivalled Meryl Streep fighting for an Oscar. Facing constant defeat, they create a space of celebration where they are the stars. On their own terms, they celebrate being imperfect, supporting each other and challenging each other. Among the expressive characters there is an opera singer who loves music without reciprocity, a neurotic lady, an out-of-date star and a dancer who was never able to dance a solo scene.

The performance, both in the sphere of movement and in the expressive, frontal "attitude" of the performers, refers to queer and ballroom culture and vogue dance itself. Here, for social exclusion and non-normativity, a space is opened to reveal colorful identity. Pop-culture references to the queer mainstream, popular fashion shows, or the Bohemian Rhapsody of Queen, giving Sticky Fingers Club a huge dose of humor and self-irony. The performance deals with the wider problem of failure, and the consequent of exclusion and forgetfulness, without resorting to generalizations or moralizations. It uses theatrical and choreographic tools; thus, it is difficult to pigeonhole and classify it. By undermining social norms, it becomes a critical choreography.

Co-financed by the Ministry of Culture and National Heritage from the Culture Promotion Fund as part of the “Dance” program, implemented by the National Institute of Music and Dance and the budget of the Opolskie Voivodeship.