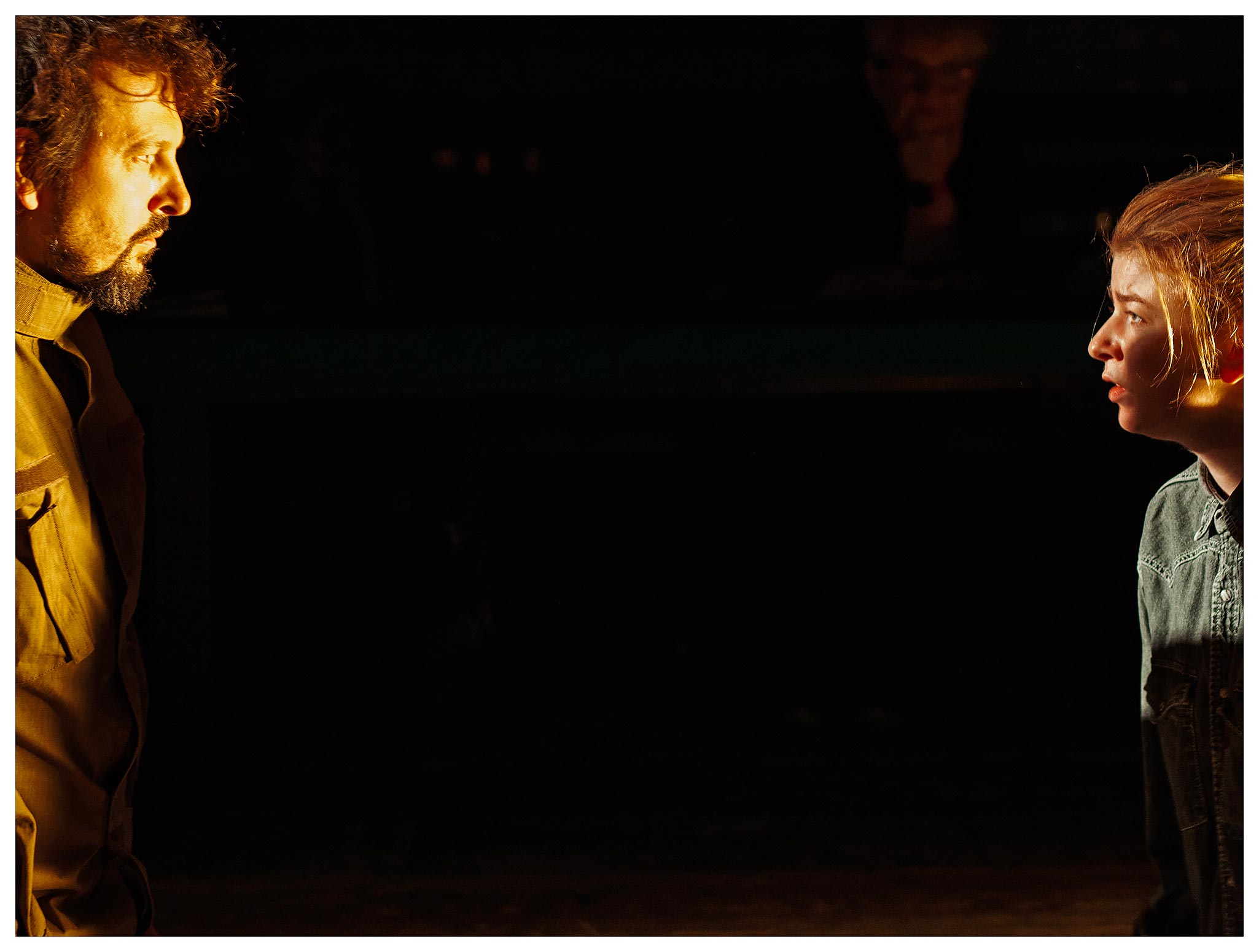 „Grotowski Non-Fiction” is a project inspired by the life and work of Jerzy Grotowski who created the famous Theatre of 13 Rows in Opole and the Laboratory Theatre in Wrocław.

Grotowski is drama’s cult figure. So how do we find the truth in the mythic-like perception of this author? Is it even possible to find out the truth about this man based on memories and trace information? The task becomes even more difficult when we realise that the people involved in the project have never seen any of Jerzy Grotowski’s plays live.

„Grotowski Non-Fiction” is a project focusing on creating memories. The key element of this experimental work is an attempt to recreate Grotowski’s figure based on remarks, opinions, memories as well as on the imagination and ingenuity of actors who, remarkably, become directors and researchers of the subject, engaging the audience in this unusual reconstruction.
Parallel to this project, a book about Grotowski was created, telling a story from the perspective of the actors, and the show was continued in the form of Zbigniew Libera’s exhibition.

The show was co-produced with the Wrocław Contemporary Theatre.

THE MEDIA ABOUT THE PERFORMANCE

“Photoperformance” (the term comes from the creators of the performance) by Zbigniew Libera will prove to be one of the ways in which the performance by Kalwat will break the door of the theatre, creating a separate portal to access the theatre guru, and thus – expanding the perception of viewers.
Wiktora Wojtyra, Kultura Liberalna

Katarzyna Kalwat’s performance seems to be the most interesting when the dispute about Grotowski becomes a conversation about life – about his paths, uncertainty of choices, about the need to meet with another person, the desire to cross the individual horizon of human fate.
Jolanta Kowalska, portal Teatr-pismo.pl

The performance was created in cooperation with Wrocław Contemporary Theatre.

The performance took part in the 25th National Competition for the Exhibition of Polish Contemporary Art.

The National Competition for the Exhibition of Polish Contemporary Art aims to reward the most interesting repertoire searches in Polish theatre, to support native drama in its stage realizations and to popularize Polish contemporary drama. The competition is organized by the Ministry of Culture and National Heritage and the Zbigniew Raszewski Theatre Institute in Warsaw.